One of the reasons I was excited to go to school in Pittsburgh is its accessibility to surrounding cities.

I’ve never been to Philadelphia and when I found out that my favorite artist, whom I have been following for two years, was coming there with a concert, it was a good reason to visit! I’ll break down my trip activities below in case you’re thinking about making the drive.

The drive wasn’t that exciting; there were a few tunnels and hills. I went with a friend. We left on Friday afternoon. The trip took a bit over five hrs on the tollway. Rider beware: the tollway fee is $39.30 each way if you don’t have an EZ Pass. 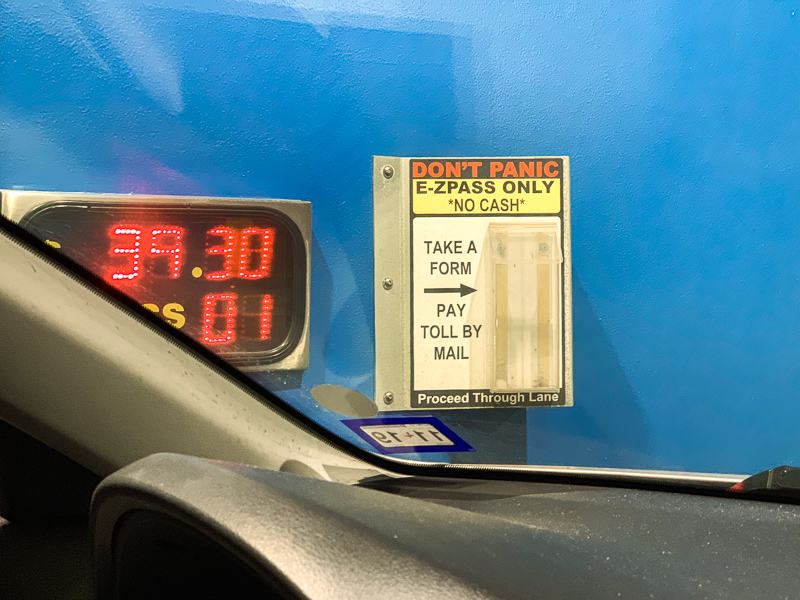 We stayed at the Wyndham Philadelphia in the Historic District. It was a nice mid-range hotel, about $120. Parking was an additional $36. Cool factor: the hotel is adjacent to Christ Church Burial Ground where Benjamin Franklin & other leaders of the Revolutionary era are buried. 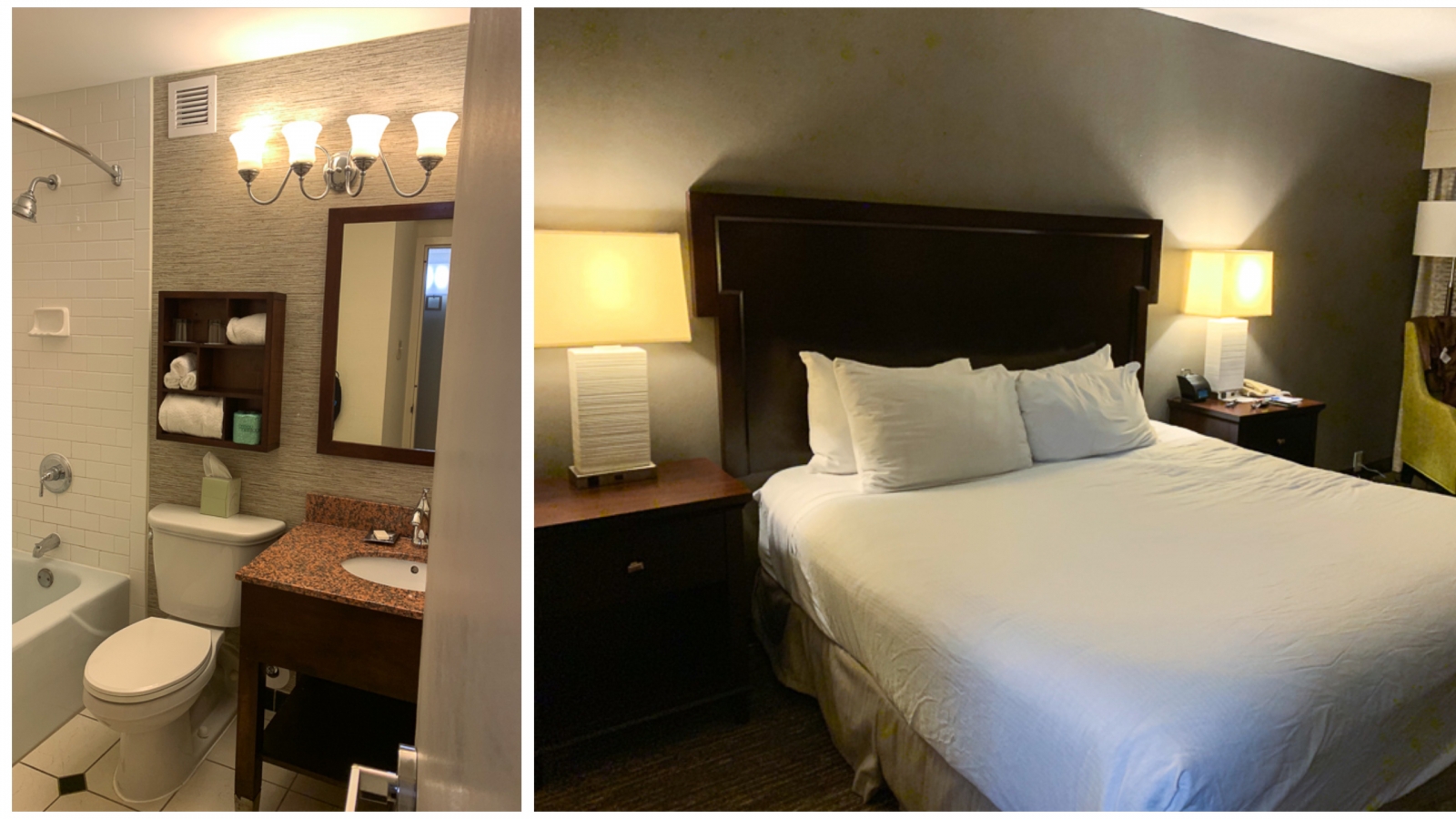 The performer is LP. I discovered her by accident on YouTube in 2017 and could not stop listening to her songs. I think she’s one of the most hardworking artists; she is on tour almost every day in new cities and countries and somehow managed to release a new album at the end of 2018. The concert was at The Fillmore, which is a really cool concert venue. Her concerts are not glitzy; it really is about the music and her voice. The guitarist was pretty dreamy, though.

After the concert we stumbled onto Mad Rex just around the corner from The Fillmore. It’s a play on the Mad Max movie and has some fun decor. Also, their burger… it was good! We ended our Friday night with that. 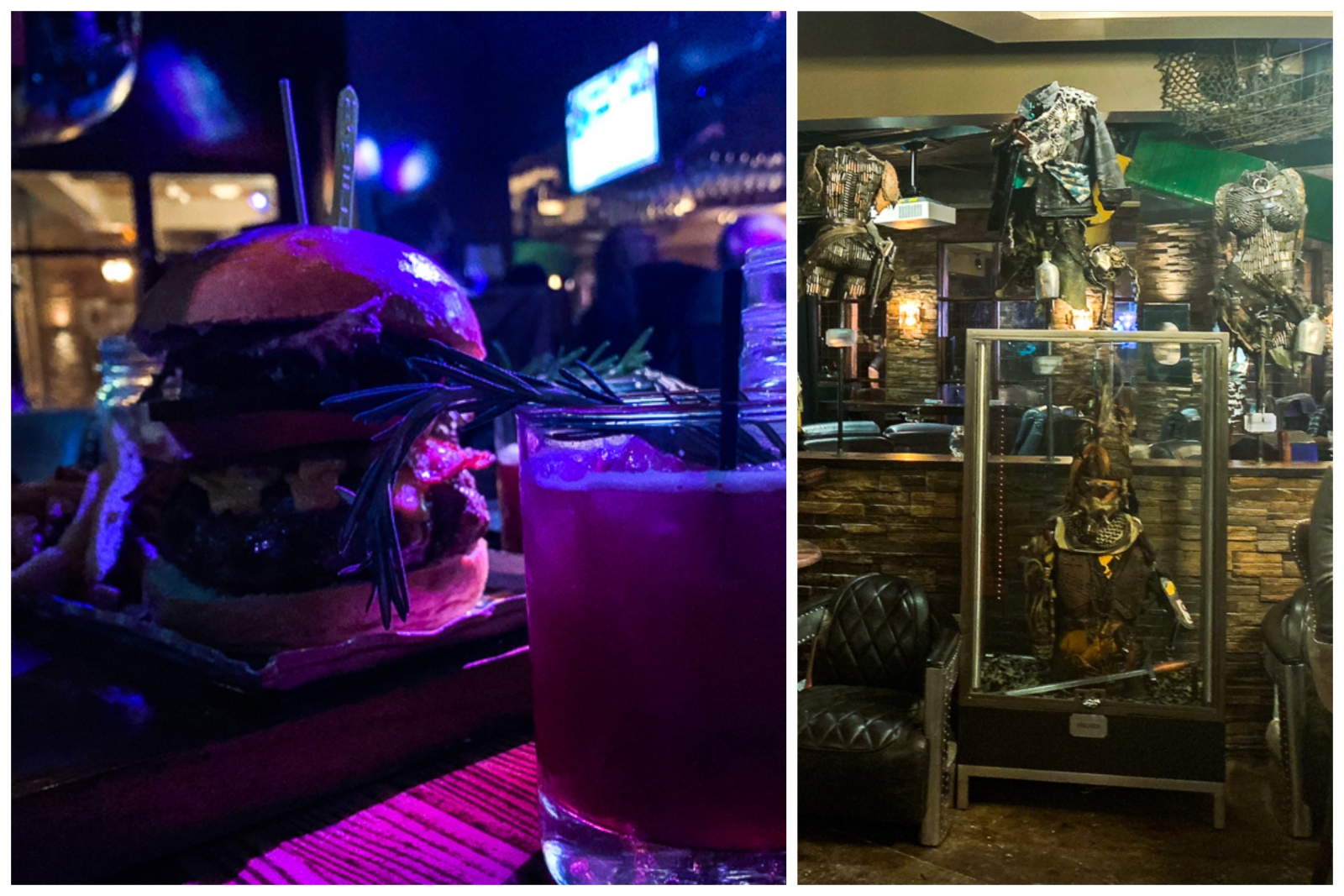 Being a tourist in Philly – Hop-On-Hop-Off Bus

Before heading back to Pittsburgh, we had to explore the city. Typically, when I am traveling, I love walking around (on a recent trip I logged 24 walking miles in less than a day). I feel like this is the best way to really feel the city you’re in. But… on one of the trips a friend introduced me to the hop-on-hop-off bus. I love it for when I only have one or two days in a city. It’s a bit pricey, $35 per person for one day tour, but it’s so convenient to see many things at once; it helps you narrow down specific spots you want to explore more; and you get a guide that tells you the history and fun facts about every landmark you pass. You can check out the route map here.

Some of the cool spots we passed: 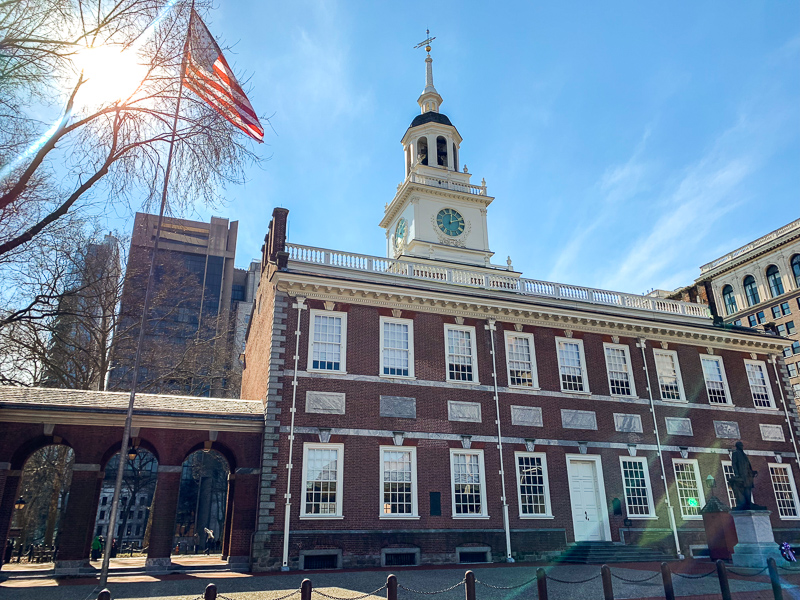 A commodities exchange founded in 1891 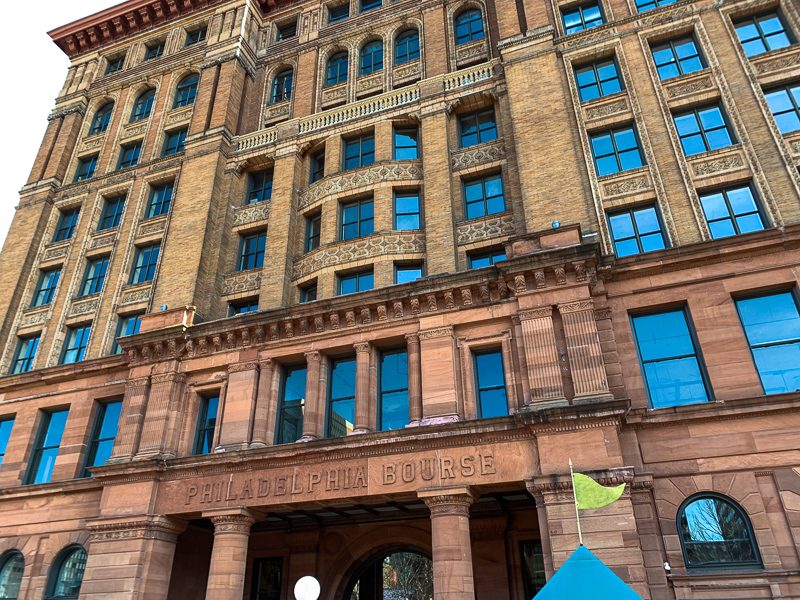 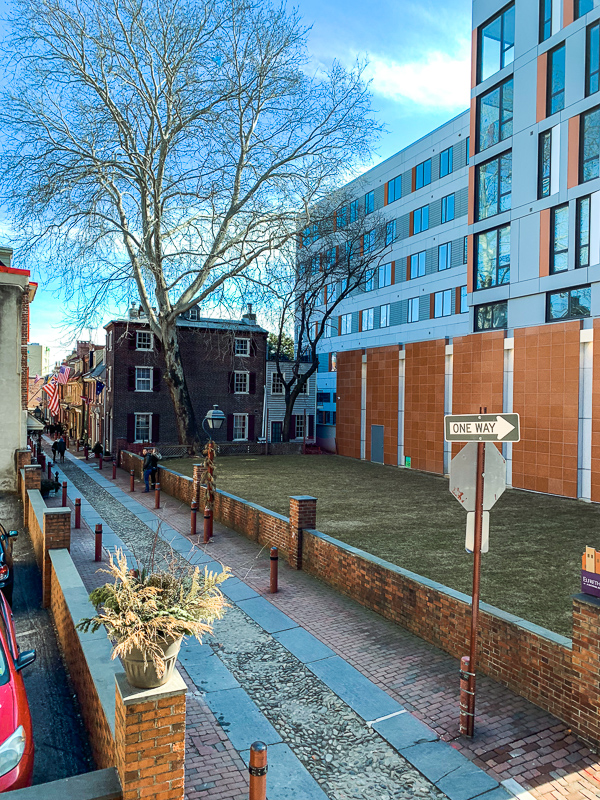 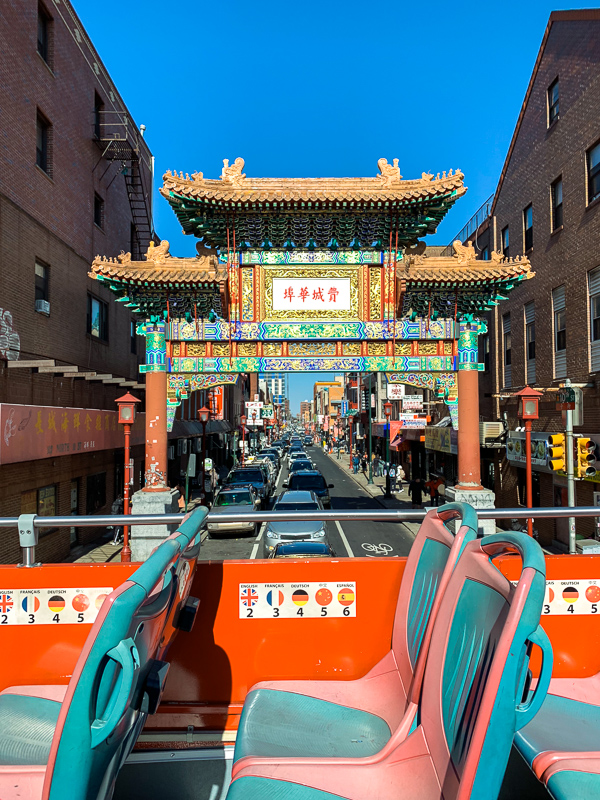 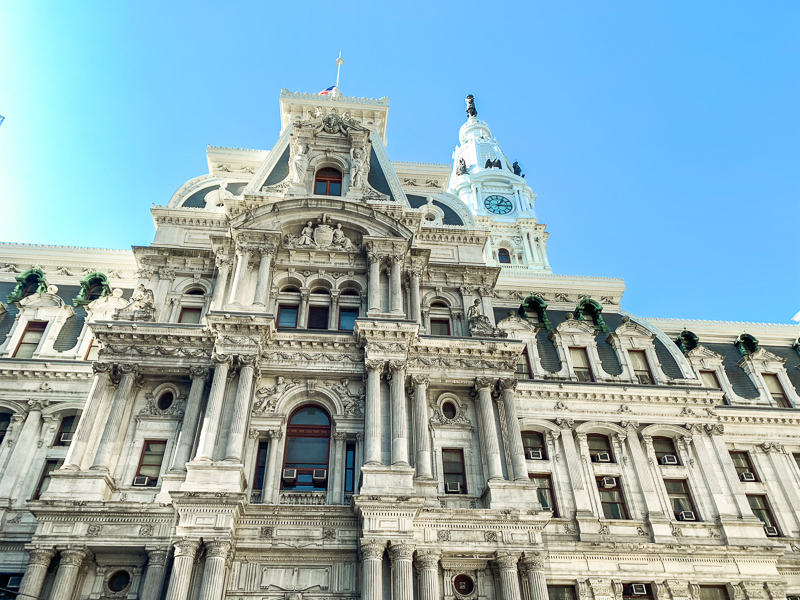 And, of course, the famous Rocky Steps. I mean the Art Museum.

We couldn’t leave Philly without a proper Philly cheesesteak. Everyone told us to go to Geno’s, but somehow we ended up at Pat’s. They’re actually right across the street from each other. Parking was stressful. The line for food was long, but it moved fast. It’s cash only. The Philly cheesesteak was great. 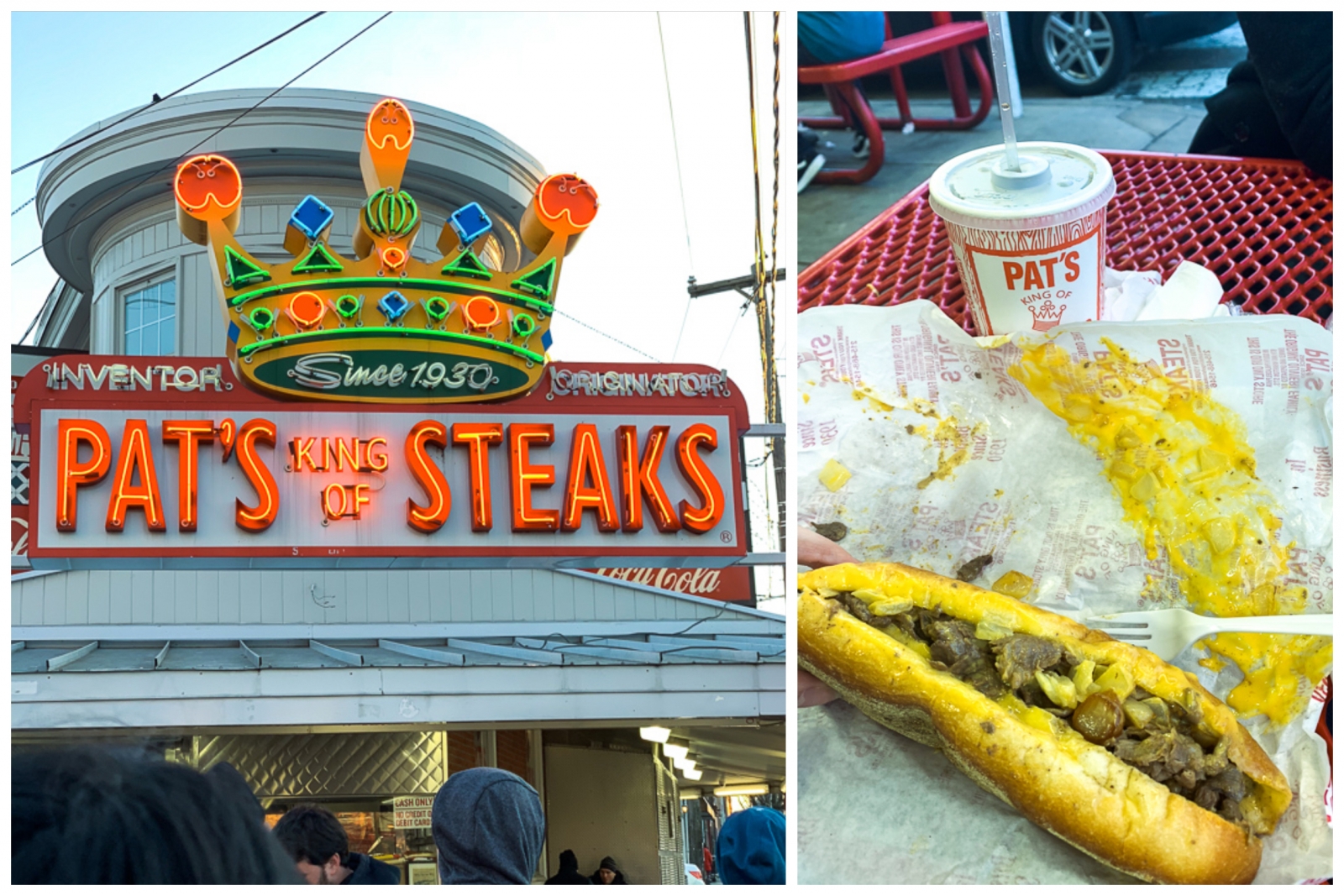 At this point I was satisfied, but tired and was happy to get on the road back to Pittsburgh. And as if a sign, this car told us it’s time to go home (just missing a few letters). 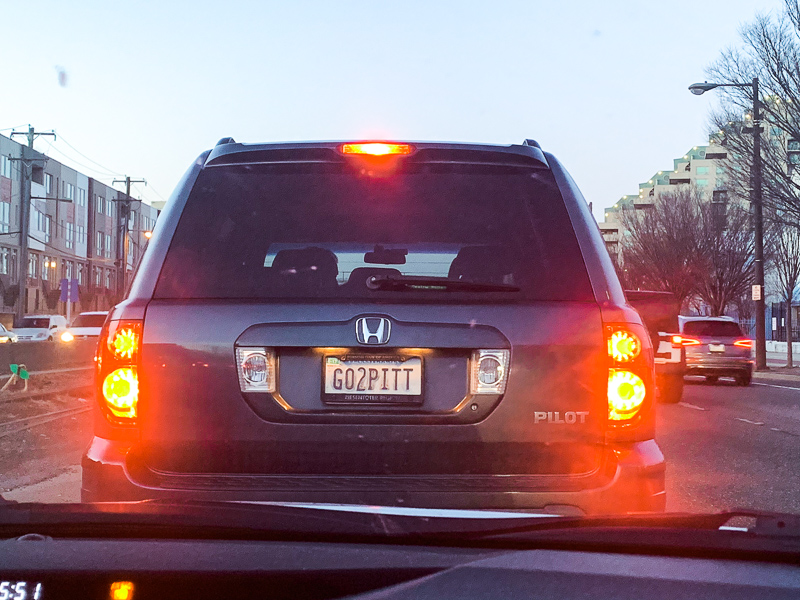