For me, donating has always been driven by a combination of guilt and impulse. When something happens in the news that breaks my heart and makes me feel helpless, or that IRC instagram ad pops up after I’ve had two glasses of wine. Those are the moments that have historically moved me to donate. And for a minute or two, I feel a little less guilty about being born into an upper middle class family in a developed nation and into a body and brain that is accepted by most that I meet. But there’s no long-term strategy, there’s no roadmap, there’s no plan for me to save the world, just a longing to feel a little less guilty. I was treating charitable giving as a bandaid to make myself feel better, rather than a strategic act to reach an end.

With all that in mind, I was curious about One for the World (OFTW) when I heard over the summer that there would be a new chapter here at Tepper. OFTW touts the concept of effective giving, and a pledge to give 1% of your post graduation salary to the most effective charities. 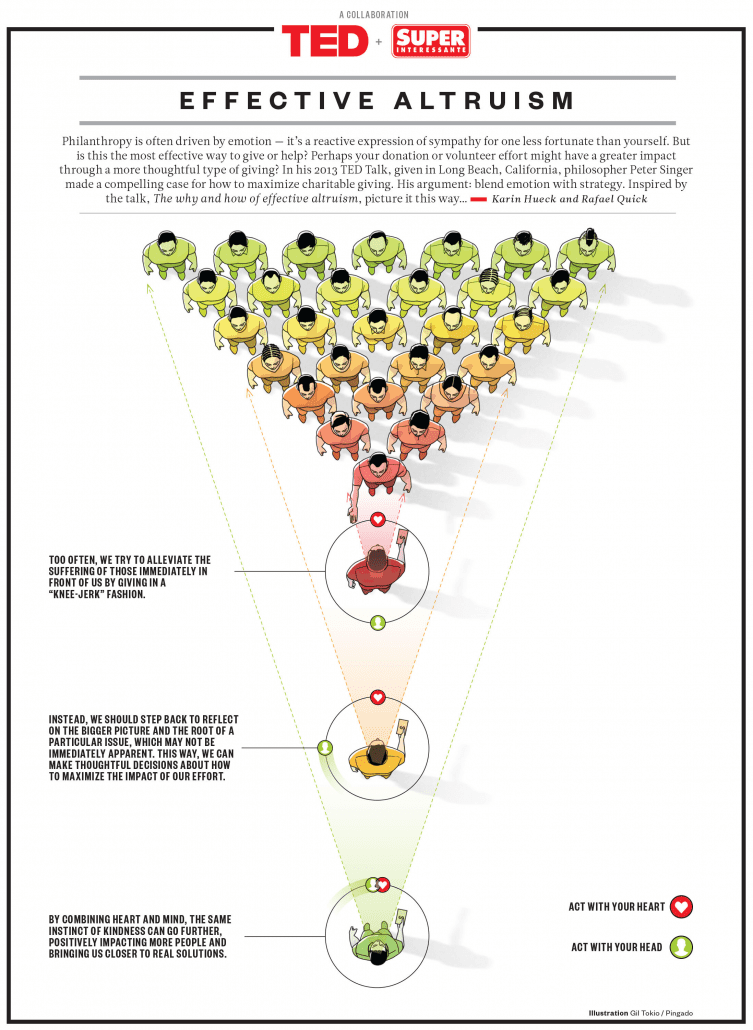 What’s effective giving though? It’s basically charitable giving that considers the impact (ROI) of the donation. Feels kind of Teppery, doesn’t it?

What I really love about the OFTW model is that it’s efficient. It was extremely simple to make my pledge, setup my monthly donation, and now I can forget about it with the peace of mind that I’m actively doing something to eradicate global poverty. Beyond the pledge, OFTW offers programming and events which aim to refocus us on the problems of extreme poverty globally. I think it can be really easy to fall into a sort of “B school bubble” and be focused on the next job, the next car, the next salary. But OFTW helps me remember the 11,000 kids that die every day of preventable diseases. And I hate to make this about me … but caring about those kids ultimately makes me a more well-rounded human and a better global leader. 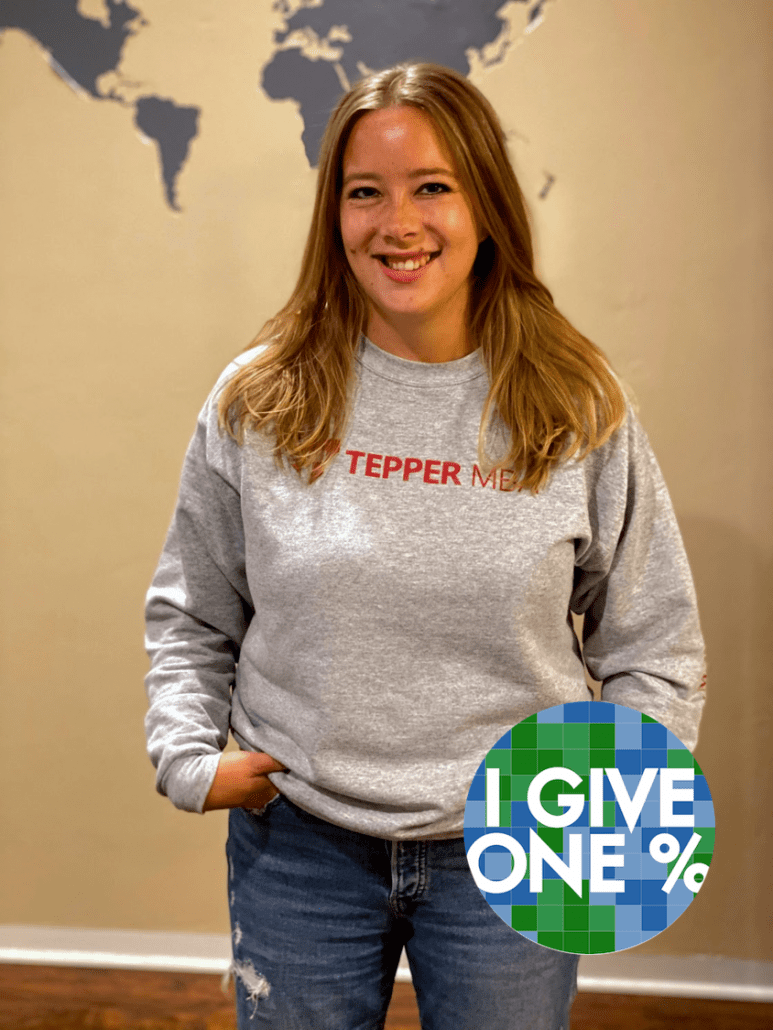 My ceremonial pledge photo, as seen on my mom’s fridge

I’m also a huge nerd, and I love the rigorous analysis embedded in effective altruism. I love the idea that there are other math nerds out there thinking to themselves, “hey let’s fix the world… what’s the best ROI on that?” For example, did you know that $100 deworms 120 children (who can then go to school! See image below). If you’re into the bigger picture – it would take an investment of less than 1% of the US GDP each year to eradicate global poverty in just 10 years! 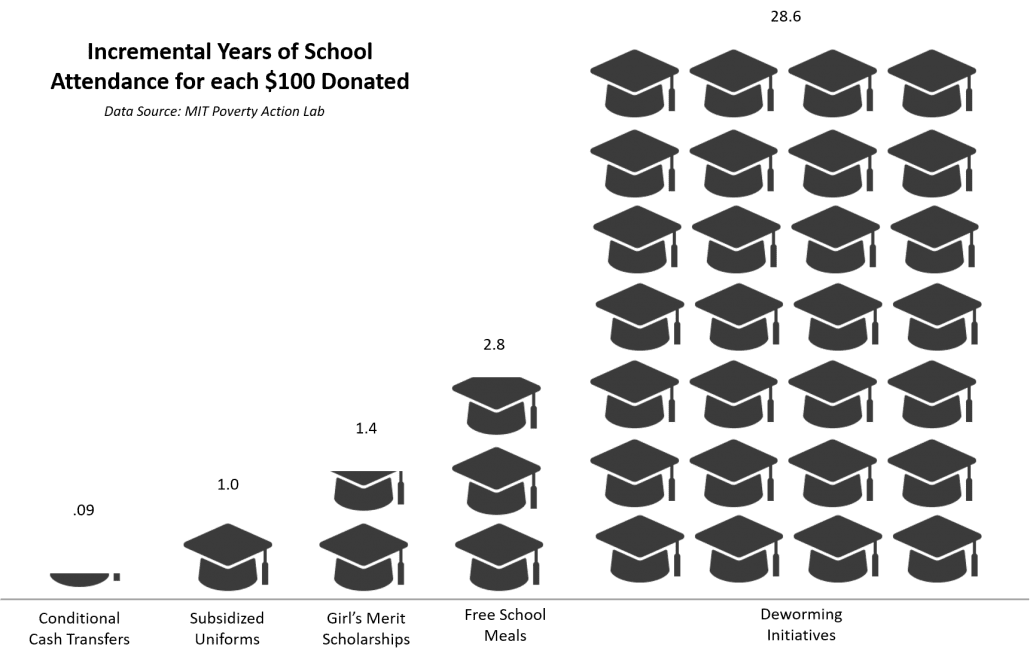 This highlights that effective giving is about attacking the root cause in order to have the greatest impact.

I know there’s still going to be news stories that move me to one-off  donations. There will still be events or causes that feel so intensely personal I have to support them. There will be natural disasters and events that give me pause as I search for any means to feel less helpless. But beyond these deeply personal actions, I will also have my underlying 1%, which I know without a doubt is going to the most effective organizations, saving the most lives, and working to end extreme poverty.

This is my story, and the personal emotions that drove me to pledge 1% of my post-Tepper salary to the most effective charitable organizations through One for the World. If you are more interested in the numbers surrounding the extent of global poverty in our world, I recommend this UN article on extreme poverty, the most recent UNICEF report on child mortality, or this quick Ted Talk on the concept of Effective Altruism.

To take the pledge, visit our Tepper page directly here, or feel free to reach out to me with questions.