I heard these words even before I got anywhere near Pittsburgh: “C’s get degrees.” As a kid who racked up A’s on report cards her whole life, getting even one C in a course was inconceivable.  Multiple C’s? That can’t be me.

I took Interpretation and Argument in the spring of 2017. I had taken Global Histories the semester prior and did well in my papers, but this was my first dedicated college writing course. For the first month or so, things were okay.

I’ve been a perfectionist for as long as I can remember. Although this strive for excellence was a strength, it devolved into a vice. Nothing that I wrote seemed satisfactory or even worth showing anyone. I was so overwhelmed with the thought that my instructor would be so embarrassed for me if she were to see what I had submitted, so I might as well spare both of our time and not submit anything at all.

With the help of a new social group and honestly opening up to friends, I was able to stop this self-defeating cycle. But by then, my grade in the class had already taken a massive hit.

And I ended up with a C.

I’m not sure why that experience didn’t discourage me from pursuing writing. Perhaps it was the friends I had met through the newspaper. Maybe it was the validation from my peers and parents. Regardless, I’m glad that I stuck it out with writing. I took a handful of writing classes, many of which had a mix of undergraduate and graduate students.

And strangely, I excelled in these classes.

There would be a handful of assignments that took blood, sweat, and tears (literally if you count papercut injuries), yet I would fail to meet my academic standards. This would have been a gaping 0% in the grade book had I encountered it my freshman spring semester, but even the failing grade on that one assignment was less damaging than a 0%.

Funnily enough, these assignments yielded more opportunities for growth than those in which I breezed through and got a 100%.  When I look back at all the papers and analyses I have done the past few years, the one paper that I had failed was probably the one from which I learned the most (which I mentioned in this post). At the time, I was being discharged from an intensive outpatient program. My last day was the night before the due date, and I was too embarrassed to tell the professor about my circumstances. I later learned that the assignment was one that even my friends earning their Masters struggled with: I basically was setting myself up for a bad grade.

I got to have a more enriching deep-dive into building an argument: something that I still use today. But I also learned to better advocate for myself: something that I’m still learning to do today. I wanted so badly to just be “normal” and not need an extension, and I was too worried that the professor would think less of me had I asked for an extension. But, to quote the professor, “the worst I could’ve said was ‘no’.”

In psychology, there’s a term for selectively cherry-picking pieces of evidence that fits your preexisting beliefs: confirmation bias. It’s easy to absorb information that confirms what you already believe, and it’s especially true when the larger picture needs to be actively sought out.

I beat myself up. A lot. I was proud of my friends for earning prestigious internships at high-profile companies, but there would be a twinge of shame that I couldn’t do the same. This would quickly devolve into more shame in internalizing an event that had nothing to do with me. It was a spiral that further paralyzed me.

You would think that someone who has had experience with social media would have a more accurate perception of social media. Yet I constantly have to remind myself that people usually show just the highlights. The reason my Facebook feed was filled with accepted job offers to Morgan Stanley and Apple wasn’t necessarily because “everyone’s getting prestigious jobs”: the ones who felt the same as I did just don’t post about it. It seems obvious, but sometimes the obvious gets buried in noise.

Now, I’m not telling you to barely cruise through school or work and put in the bare minimum effort. Give whatever you’re doing your best effort. But the result of your effort won’t always feel reciprocal to the actual effort. Sometimes you’ll work tirelessly and receive a subpar grade. Other times, you’ll be able to breeze through an assignment and pass with flying colors. Is there a correlation between grades and effort put in? Sure. But is the end result the sole indicator of effort? No. It’s easy to get swallowed by the thought of “I could’ve done more.” But if you put in your best effort, you did all that you could have done. And that is enough.

Lessons From a Busy Junior Year 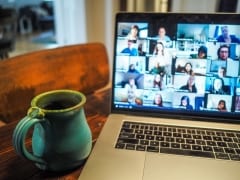 5 Things We Learned in Mini 4
Scroll to top