Though I’m not in the School of Drama, I’ve starred in a wide range of theater productions. My resume features roles in Hamlet and As You Like It, adaptations of childhood favorites like Charlie and the Chocolate Factory, and more. Casting directors have been begging me for years to star in the new Batman movie, but I’m so committed to my Carnegie Mellon education that I’ve turned them all down.

Alright, that last one might be a lie. And I was cast in my middle school productions of Hamlet and As You Like It as a window and a tree, respectively. As much as I want to believe that my talent and potential for embodying inanimate scenery simply transcended human roles, I sadly don’t think that was the case.

I used to be terrible at speaking in front of audiences. My words would speed up and flatten to a weird monotone. I’d giggle nonstop or start sweating profusely on stage. When I got nervous, I’d fidget and cross my arms in front of me. I finally ditched my theater aspirations by high school, but when I saw Acting for Business as a course offering at CMU, I registered for it and miraculously got into the popular class with Professor Geoffrey Hitch last fall. Knowing I wasn’t the greatest at acting, I didn’t really know what to expect.

How did it go?

Acting for Business turned out to be one of my favorite classes at CMU to date. Contrary to what some people may think from the title, it’s not a course explicitly on how to act in meetings and networking events (though we do have many other opportunities in Tepper to learn all those skills). It’s a communications class that teaches you to become a more compelling speaker through the lens of real acting. By the end, I’d done an improv assignment in front of the class, performed a duet scene from Death of a Salesman, delivered the “America is not the greatest country in the world anymore” monologue from The Newsroom, and more.

Throughout the semester, Professor Hitch challenged us to go out of our comfort zones. Though obviously at a far more basic level than our talented peers in the School of Drama, my classmates and I finished the course as better actors and more assertive, confident, and expressive speakers. Learning from critiques of our acting assignments translated to developing our public speaking abilities in non-acting contexts. A year later, I’m still not the world’s best orator, but I’m way better than the nervous wreck I used to be on stage.

I’m grateful that Tepper offers courses like Acting for Business to develop soft skills that are just as important as the technical expertise and qualitative skills for which our school is known. I now think more about using intentional gestures and body language during speeches and capturing an audience’s interest through visual and aural variety. I’d highly recommend this course and others like it to everyone at CMU. And who knows—maybe someday for fun, I’ll audition and be cast in some middling community theater production of Hamlet as more than a prop. 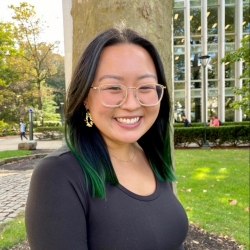 Jackie Wu | Undergraduate Business 2022
Jackie is a Tepper senior pursuing an additional BA in Social and Political History. She grew up in the Philly area and prefers Wawa over Sheetz. In her free time, she can probably be found wandering through museums, talking about random local history, or trying to work on several half-finished crochet projects at once.

Juggling and an Abridged Autobiography 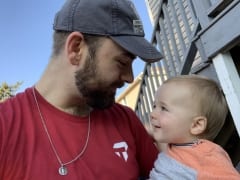 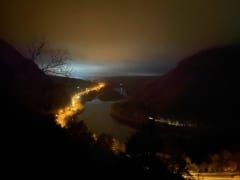 A New Tartan into the Mix
Scroll to top