My name is Patrick, and I am thinking about  joining a circus.  Why? Well, I just started my part-time online MBA at Tepper, which means  constantly juggling responsibilities!  In case that joke wasn’t an obvious give-away, one of those responsibilities is being a dad with two young boys (2 and 10 months.)  As I write this in the evening, here is a short list of the roles that I’ve played today: gardener, banker, story-time book reader, chef, student, bed-time police, wasp-exterminator, and grocery shopper.  Thankfully with the exception of the wasps, that is a pretty common description of my day.

Sometimes after a particularly long day, I ask myself “How did I get here?” I grew up in Omaha, Nebraska and have been excited by economic development since middle school.  I was that kid who ran lemonade stands for charity, saving the world one cup of lemonade and chocolate chip cookie at a time.  Charity is great, but it made me wonder – what if there were a way to get to a world where people don’t need to ask for donations?  The more I thought about it (and with a lot of help in thought-leadership from Heifer International, a charity that I was involved in), I  concluded that people needed a functioning economy with businesses to support themselves.

I went to Georgetown University’s School of Foreign Service to study International Economics for undergrad.  My plan was to find the silver-bullet set of government policies that would foster economic development.  It was a great plan until I started taking classes and realized that economies are  complicated.  For one thing, regulations matter a lot and can be influenced by all of these annoying political and social factors that have nothing to do with economics.  I changed my major to International Political Economy to get a broader view, but then I made the critical decision that I would focus on what individual people and companies do in an economy.  (In the nerdier version, I focused on micro-levels of analysis instead of macro.)  Yes government policies matter, but the rubber hits the road because of the companies and people themselves who actually make up an economy.

I met my now-wife at Georgetown and moved to Boston after graduation to be near her.  Nearly 4 years into our marriage, we still live in Medford (which is basically Boston with backyards to everyone except some people who grew up around here and argue that driving 15 minutes is equivalent to driving to Nebraska – having done both drives, I assure you that they are different.)  I needed to find a job with a perfect testing ground for putting my academics into practice – corporate compliance for a big bank.

I’ve spent 5 years working in corporate compliance and risk management at State Street.  It can be really fascinating work, but my roles have helped solidify that I am really drawn to operations.  Using a mix of online learning and intuition, I throw myself into improving how every process that I touch operates.  I increasingly found myself asking “how can I do this work in a scientific way?”  After researching my options, I realized that Tepper was the best school with an online MBA that focused in operations.  Now I had my plan: go to Tepper and earn an MBA focused on operations management.  All I needed to do was get admitted to a top MBA program in four months with all testing centers locked down due to COVID…

In hindsight, the whole admissions process really fell into place for me.  The GMAT began offering an online option a few weeks before my application was due, so I took the GMAT in my basement instead of a test center.  Writing and editing essays for the application was certainly challenging, but they were also fun and gave me a chance to reflect personally and discuss the ideas with my wife and a handful of others who helped me to edit my responses to the prompts.  The interview reaffirmed my belief that Tepper was right for me, and one of the admissions ambassadors reassured me that the program was very accessible for young parents.  Tepper was the only school that I wanted to attend, and it was the only school where I applied.  When the day came for admissions decisions, I easily checked my email, mail, phone, Fedex tracking, and various forums over a hundred times throughout the morning.

When I finally got the call from the admissions office in the afternoon, I was ecstatic and celebrated with my family.  I quickly settled into the student routine with summer math classes and am now happily working my way through my first “mini.”  Over the coming weeks, I’m looking forward to sharing my experience with you as I navigate the online MBA program here at Tepper. 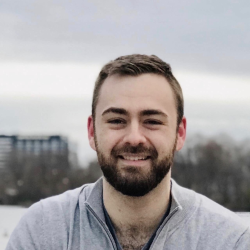 Patrick Brookhouser | Part-Time Online Hybrid MBA 2023
Business Controls Analyst at State Street
Born and raised in Omaha, Nebraska, Patrick studied International Political Economy and International Development at Georgetown University’s School of Foreign Service. He moved to Boston in 2015, and has worked in corporate compliance and risk management at State Street. His two young sons keep both him and his amazing wife on their toes, and he spends most of his free time serving as a human jungle gym, reading, testing ice cream recipes, and picking tomatoes with a kid who inhales them straight from the vine.

Didn’t Expect to Start My MBA So Soon 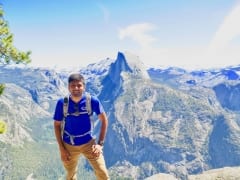 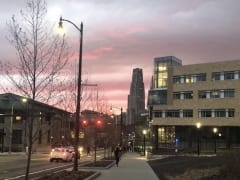 From Tree to Human: My Journey in Acting
Scroll to top