A little over a month ago, I made a post here where I outlined my goals for my gap semester. Here we are more than a month later with an update:

I’ll start with the most exciting update that I have: I became the Social Media Director for the app TurnUp, which has since launched. The app was downloaded to 1,000 Apple devices within the first week, reaching our goal. The workload’s been very manageable, and I have been enjoying the people I work with. We are rolling out ambassador programs to different colleges and high schools. As we enter the Android sphere and expand our audience, this app is bound to help youth activists. I’m excited to see where it goes and what it’s capable of!

My weekly bullet journal series has also been going strong. I’ve been a touch inconsistent with uploading them on time, but I’ve enjoyed sharing my spreads. As my favorite season rolls around (yes, it’s autumn; how original), I’m excited to incorporate more autumn themes in future spreads. I have also been contributing to The Tartan again, and I’m proud of the weekly newsletters that we have been creating thus far.

Now, for the less-than-exciting news. My blogging endeavors, filming, and Webtoon uploading streak was going strong for the first few weeks. I was uploading consistently. But then the inevitable happened: my fear of “cluttering” the Internet. I let my negative views on myself suck the joy out of my passions.

A simple tool that I have adopted in my time at TurnUp is creating weekly content calendars. I’ve learned that it isn’t enough for me to establish a weekly uploading calendar; I need to have a more concrete plan for what I’ll be uploading.

This isn’t to say that I had completely freestyled my uploads before. Still, I didn’t put the deliberate effort in planning ahead of time. I wanted to wait for some sort of inspiration or some “go” signal to tell me what to do.  There are going to be times when it will be harder to work than other times, but that’s true for any skill or hobby. It’s time to recognize this as normal, not as a failure.

My time away from school has forced me to better accept that I cannot rely on external approval to pursue my interests. I’ve always been a people-pleaser, and often this has been to a fault. I tried to mold myself into unsustainable images of myself in the hopes that I would be more likable, and I tried to convince myself that my passions were different from what they truly were. These two vices are ones that will take more than a semester to un-learn, but there’s no deadline for growth or development. 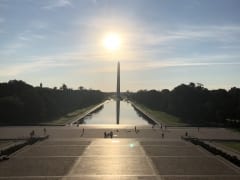 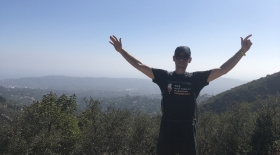