“Reflection of a PT Student: When times are uncertain…”

Personal relationships have been put under extreme stress tests

Living in Downtown, being afraid of the protests

Being initially confused of “white privilege” and what it meant

Educating myself to be an active ally, not settling with content

When times are uncertain

When doctor’s offices, restaurants and stores have a safety curtain

Continuing to hear and act for the Black voice

Not remaining in a privileged bubble by choice 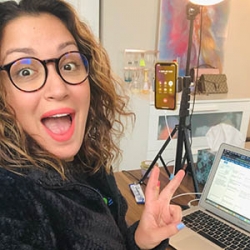 Nancy Geronian | Part-Time Flex MBA 2022
President / Founder at FindYou Life Coach
Nancy is the North America Business Development Lead and a Managing Consultant at IBM. She also owns a life / executive coaching business called FindYou (findyoulifecoach.com). She is a first-year part-time MBA student at Tepper and is honored to be an Early Engagement VP for TWIB (Tepper Women in Business). She is also an active member of Tepper's Energy & CleanTech Club and Consulting Club since she has consulted for some of the largest Energy & Utility clients in North America during the past 6 years and now has transitioned into a sales role developing business in Energy & Utilities, Media & Entertainment, Telecommunications, too.

She's a lover of hot yoga, business process efficiency and innovative leadership. She grew up in the city of Black and Yellow - Pittsburgh - right in the incredible, historic neighborhood Squirrel Hill and then in the beautiful suburban neighborhood called Upper St. Clair. She currently resides (and is quarantined) in Downtown Pittsburgh with her amazing boyfriend (creative director/producer for the Steelers) and rescue cat named Earl with views of PNC Park, bridges and downtown skyscrapers! She's one lucky gal!

Prior to the current situation, she spent her work weeks traveling to varying parts of North America for IBM. She began her consulting journey 6 years ago after graduating with an Economics and Statistics degree from Carnegie Mellon University and absolutely loves the fast-paced lifestyle. She shifted to consulting after finding out that a career in Actuarial Science isn't for her (but still and always will enjoy risk analysis, mathematics and financials). As an undergraduate, she was a part of a Soulstylz Hip-Hop Dance crew and a Lunar Gala Fashion Show and to this day thoroughly enjoys all things dance, music and fashion. She speaks Russian and her Armenian / Russian roots along with her consulting background drives her to work on gender equity any way she can.

Business and Society – An Interconnected World 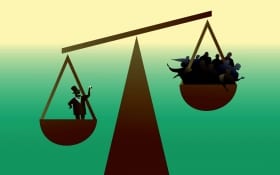 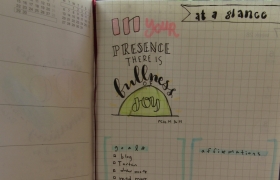 Taking a semester off: what now?
Scroll to top