This past Monday, I went with my freshman-year Community Advisor and a friend I met through The Tartan to see Watsky. I’ve been a huge fan since freshman year when I heard him appear on The Hamilton Mixtape. x Infinity had released just a few months before, so I immediately jumped to that and fell in love. His years of being a slam poet really shone through his lyrics, and I really felt as though I connected through so many of his songs.

Right after the concert, I heard someone say “Watsky’s here!” My friend and I were waiting for our Uber, so we decided to kill some time. A small ring of fans circled around him, and he was there giving hugs, taking pictures, and signing merchandise. I felt my heart beat out of my chest. Here was someone I looked up to for years: someone whose music I blared when I felt sad, rejected, misunderstood, or otherwise alone. I knew that we would have had more than enough time to get a picture and chat for a bit, but I was so nervous. How could I even spit out something coherent in the presence of someone I looked up to so much?

That was when my head told me a quote I had read the summer before freshman year: “All you have to do is ask.”

Like pretty much every other student who was matriculated to Carnegie Mellon, I got a hardcover copy of Randy Pausch’s The Last Lecture the summer before freshman year of college. I remember reading it all in one sitting, unable to put it down. If I weren’t the type of person who couldn’t dog-ear-fold pages, I would have underlined the part where he said: “All you have to do is ask.”

It seems cliche and obvious. “The squeaky wheel gets the oil.” “Ask and ye shall receive.” These sayings are a dime a dozen. However, there was something about Pausch sharing that sentiment and expressing how this piece of advice impacted his life gave it that much more power. What would happen if I tried to ask? Realistically, I get pushed into the crowd and don’t get to talk to him. What about if I didn’t? I then realized that I would regret not trying.

And guess what I did next? 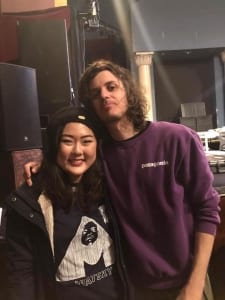 Right before this photo, I came up to him and thanked him for an amazing night. It felt like I couldn’t stop my mouth; I blurted that I was thankful that his music helped me through some personal struggles and hardships. He gave me a hug, took this photo, and wished me well. 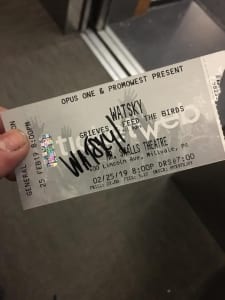 And he gave me a slight modification to my ticket that I could put in my scrapbook!

I’ve always been an anxious kid. If I could have a dollar for every time my parents told me, in my childhood, to calm down and take a deep breath, I could afford their retirements and mine. Although I have made posts about different techniques on how I try to combat these struggles and how I am trying to challenge myself to go out of my comfort zone, I’m still learning every day.

As cheesy as it sounds, I really do think that spending the past few years at Carnegie Mellon have really encouraged me to take risks and push boundaries. I’m constantly surrounded by risk-takers and innovators. Every day, I am astonished by the creativity and brilliance of my classmates and how they continuously strive to better themselves; it inspires me to do just the same. It encourages me to come out of my comfort zone. Tartans don’t accept complacency. Sure, we take pride in our accomplishments, but we push to do better.

That night was more than just a concert. It was a night I confronted my nerves and showed myself what can happen if I can get the courage to ask. 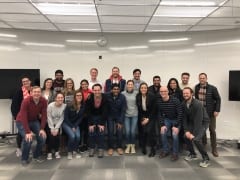 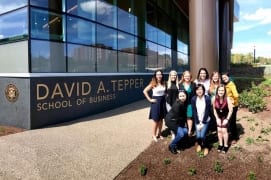