Although we’re three weeks into 2019, I still have a bit of “new year new me” spirit left in me. Maybe it’s because it’s syllabus week (as if such a thing exists at CMU). Maybe it’s Maybelline.

In high school, I was much more organized. That fell off the tracks in college, especially last semester. I felt as though I had a million tabs open at any given second, trying to juggle deadlines, appointments, commitments, all sorts of responsibilities… it was a struggle. I went from using a weekly planner to not even cracking open my calendar app.

To help with motivation, I decided to take initiative and create my own printable 24/7 planners similar to the ones I used in high school. One is unlabeled to allow users to fill out the planner in 30-minute blocks (and thus make a 12-hour planner). I prefer being able to plan out my full day, so I use the pre-filled version.

Perhaps it’s a bit late for a “New Year, New Me” post, but it’s never too late for self-improvement. Some things I want to work on (in addition to organizing better) is to be better at practicing self-care. As I found in the past, brute-forcing my way through semesters was not only mentally draining; it was stopping me from being my best.

With that being said, I’m looking forward to a new semester of interesting classes, memories with friends, and writing more! 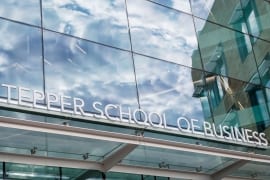 Virtual Classroom Experience: When In Doubt, Try It Out!
Scroll to top