“You sure you won’t mind kids making fun of your lunch?” my mom asks my sister when she asks if she can pack supper leftovers for her school lunch.

When my mother told me this story over a video call, I laughed. My sister is easily the fiery one in the family, and I certainly missed her while I was away. After the call, I came to realize: the level of confidence my sister had in where she came from was drastically different than when I was her age.

This phone call came back into mind this past week. From Sept. 23 to Sept. 25, Koreans celebrated Chuseok, or “autumn eve” that falls around the autumnal equinox. Even back when I was home, my family didn’t celebrate all that much; I don’t think I was aware of its significance until my freshman year of college.

It’s no secret that adolescence is a vulnerable time period for anybody. However, I felt like my insecurity was amplified because of my Korean background. I was embarrassed when my parents called me by my Korean name. In grade school, I would pack lunches like yubuchobap or kimbap. Quickly, I switched to packing sandwiches and pasta instead: something “normal”. Today, I still enjoy both kinds of cuisines, but I felt like I needed to reject one in order to accept the other.

Coming to Carnegie Mellon was definitely a different experience from the previous decade I spent in suburban Alabama. There were actually a lot of Koreans who started moving when I entered late middle school, but I never felt as though anybody around me fully empathized. I felt like my Korean classmates and I did not bond over the shared experience of adjusting into American culture. Conversely, my non-immigrant and non-first-generation-American classmates did not share the similar experiences of trying to coalesce the environments of the country they call home with the country their parents call home. There were some students who empathized, but I felt overwhelmed and as if I was an outsider to both the Korean community at my school and the non-Korean community.

However, at Carnegie Mellon, I met students from all walks of life. I’m actually not part of any Asian-American student organizations, but the relationships I formed in the past two years have truly taught me to be proud of where I came from. Did any of them go through adolescence in suburban Alabama? No. However, there were many overlaps in our stories. Sometimes, it’s talking about cultural differences between us and our parents’ native countries. Other times, it’s laughing at the realization that Koreans aren’t the only people who seem to use dishwashers as a drying rack. Even the smallest “relatable” moments seem to connect us and help us empathize with one another.

As I am writing, I am enjoying a soboro-ppang, a Korean streusel bread (if my boyfriend is reading this, sorry for not sharing). I meal-prepped some curry, which I can proudly say that I mastered. If you asked thirteen-year-old me what her college experience would be like, she would probably say that she would be preparing Caesar salads, takeout, and pizza. Never would she expect friends who empathized and related with her on the seemingly “little things” that not many people seemed to understand. Now, she cooks and shares food with her friends and boyfriend. She does makeup for Lunar Gala, Carnegie Mellon’s annual fashion show that celebrates the Lunar New Year. Of course, being Korean is not all there is to me, but it is a part of me nonetheless. I had no reason to be embarrassed or ashamed, and my time at Carnegie Mellon showed me to stand taller and more confidently (and with a good Korean skincare routine locked in).

Huffington Post editor Kimberly Yam made a Twitter thread sharing a similar experience of learning to embrace her Chinese heritage. The thread takes you on a journey that starts with realizing “you don’t want to be Chinese anymore” in third grade and ends with “[you being] so happy you’re Chinese.” Self-esteem is something that many of us have to fight for, regardless of background. For me, one of my insecurities was my background. I had to build up my self-esteem and realize that whether I want it to be or not, my background will stick with me for the rest of my life. It’s merely one of many layers that contributes to who I am; why not embrace it? 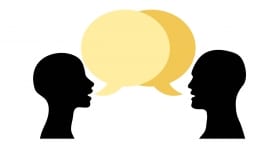 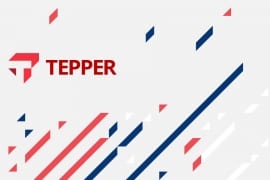