“If you want to increase your success rate, double your failure rate.” This quote looks nice in an inspirational tweet or illustrated in an Instagram photo, but truly embracing failure as a part of life is a whole different story, especially for someone who is not familiar with failure.

Now, I’m not encouraging reckless behavior. “Doubling your failure rate” does not mean to do whatever you want without giving consideration to any risk. However, being immersed in a tough environment as the one in Carnegie Mellon has taught me to accept life doesn’t always go as planned and that is okay.

Like many other ambitious students, I was taught from an early age that I am talented. Receiving good grades was not just a feeling of accomplishment; it became a standard I put on myself. If I didn’t meet expectations, I would beat myself up wondering if I could have tried harder. A goal would be dangling just in front of me, and I would brute-force my way into getting it. I was told hard work pays off, and I saw the fruits of my labor.

But does hard work mean freedom from failure?

This semester, I decided to challenge myself and take one of two more difficult introductory courses in computing. I went in hearing horror stories of the dreaded 15-112 and was fully aware that I would fall prey to sleepless nights. However, I was determined that I could be just fine. A week later, I switched to the easier of the two introductory courses, 15-110.

In that week, I had contemplated whether signing up for 15-112 was even a good idea in the first place. Why did I bother? How did I get accepted in the first place if I struggled so much in an introductory course? I had trouble staying asleep and would spend nights crying, unable to think proactively or enjoy other activities. Some people — even some people who weren’t that close to me — started noticing. It got so far that one night, my string of panic attacks left me virtually unable to do anything. I wanted to make the class work, but I knew that no course is worth my health.

At first, I felt like a failure. Sure, it was liberating to have a course where I could take things slower and focus more on my other passions. However, the thought of me being a failure lingered. The question “why did I even bother trying?” lingered. Had I known what lay ahead, would I have even registered for 15-112, to begin with? I felt as though I had wasted everyone’s time by enrolling in a class I ended up leaving: my professor’s, my TA’s, my classmates’, and mine. I always managed to make things work; dropping a course felt like a surrender.

I failed to make 15-112 work this spring semester.

A few days later, I talked about this with someone who had a far different mentality than I did. “I like failure,” he said in the conversation. I was confused. How could one be empowered by an inability to meet an original objective? He then explained his coming of age and experience with robotics. Failure was not a foreign concept to him; he was fully aware that what was originally planned is not what always happens in real life. Sometimes life gives us an entirely different output than we realize. Sometimes that final output is better than what we expected. Regardless of what we end up with, we all learn from the path that took us from the beginning to the end.

I went back to my dorm later that night and meditated on the thought. Sure, I worked hard prior to this semester, but there has to be a point in life in which risk, and ultimately failing, is inevitable. I reflected on all the times I had let fear of failure stop me from doing things I wanted to do: ask friends out to school dances, suggest ideas in group meetings, asking my journalist hero for a hug in a Q&A session (which someone eventually did and left me wondering what I was so afraid of as the crowd cheered as she received a hug from Bob Schieffer)… the list was overwhelmingly long. I felt as though part of my life hadn’t been wasted, per se, but not lived to the full capacity. Sure, had I done all of these things and more, I would have been slapped in the face with a “no” far more times than I have actually heard “no”. However, what was I so afraid of? Was failure really that much worse than stopping myself from potentially getting opportunities I wouldn’t have otherwise? Absolutely not.

Sure, I did not finish the Spring 2018 semester with a complete term project under my belt, but what I have learned about failure far exceeds what anything on a transcript can show. Instead, I learned what my limits were and actually found that I find computer science fascinating. However, I also learned to evaluate my priorities: health, writing, being a student, and becoming the best version of myself that I can be. 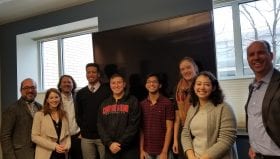 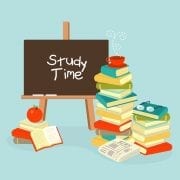