In early September, there was the annual Carnegie Mellon University Activities Fair. The fair this year was on the Cut, and with the 280+ organizations present plus all the attendees there, it was a sight. It reminded me of Playfair during Orientation, with many first years as well as select upperclassmen gathering.

This year, like last year, the office of Student Leadership, Involvement, and Civic Engagement (SLICE) ran the fair. Everyone I ran into in SLICE were super excited and passionate about what they were doing and with only one goal in mind that day: to get the first years comfortable in choosing their organizations. From student government and academic clubs to cultural groups, religious groups, and buggy groups, there was pretty much something for everyone. Even I as a junior was still pretty amazed and even at some point interested in just signing up for some of those groups, too! 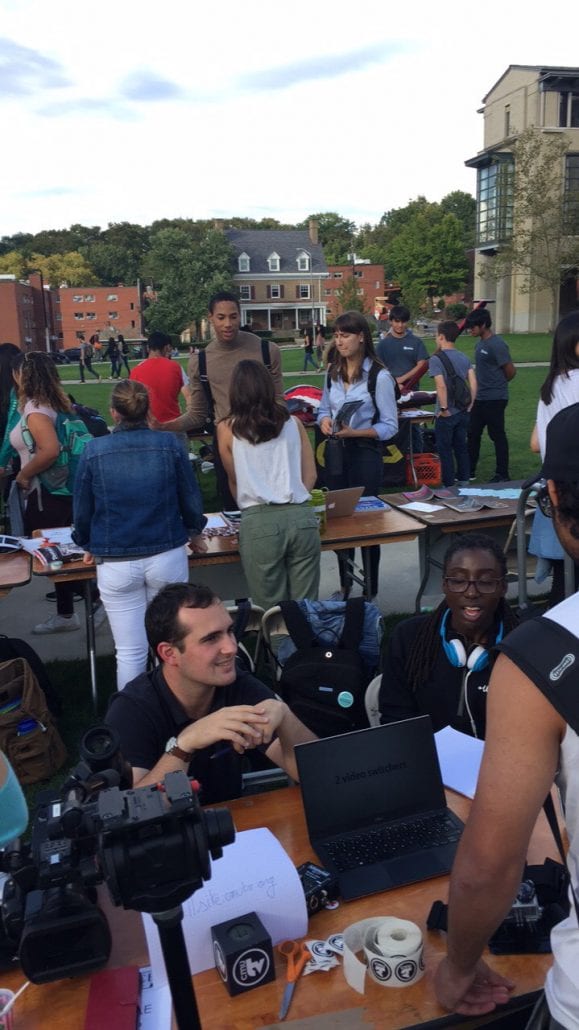 As my third time going through Activities Fair, it definitely hit me that I was a junior already – that I was already more than halfway done with college. I was talking to someone who is also in my class year, and she alluded that the feeling was similar to how it was back during our Orientation, when you just open yourself up to everyone even knowing that you probably won’t see them on campus again.

What she said really resonated with me and really allowed me to take some time to reflect on my status as a junior and think about what I want to accomplish this year. Sometimes it takes these types of moments to make us realize that we’re just one tiny fish in the big sea of fish, out in the big world. While what we do might matter a great deal to us, it’s nice to be reminded that there we’re not out here alone.